A few days ago I released Shoots & Leaves’ first update (two of them, actually) in about two and a half years. It’s a small change, but an important one. Dropbox has discontinued the API we were using to connect with their service. This update implements their current API. Ideally, you shouldn’t notice anything, except maybe Dropbox uploads working more reliably. You might have to log back in, but that should be it. Thanks to everyone who continues to use the app. I don’t know what it’s future is, but this little update has reminded me how much I enjoy working on it. I still have a long list of improvements I could make. I’ve also started thinking about what a modern version, that takes advantage of the latest iOS software and hardware, might look like.
All of that to say, keep those bug reports and feature requests coming. Hopefully it won’t take as long for the next update.

When I first had the idea for Shoots & Leaves, it was all about to-do lists. I wanted to turn photos into links so that I could easily use them as plain text anywhere. After the app launched I heard from several people who thought it would make a great mobile blogging app. That had never occurred to me while I was working on it, but I realized it was the natural way for the app to expand. So I started looking into what services I needed to support to make it useful to bloggers.

That last one is another biggie. Interacting with other apps is what makes Shoots & Leaves a powerful tool. And now other apps can interact with it. You can read the documentation of our URL scheme to find out how to use it.

Here’s an example of how you might use this. A user asked the other day if it was possible for Shoots & Leaves to launch the LoseIt app after copying the photo link to the clipboard. With the new URL scheme, and an app like Launch Center Pro, it is. Just create a clipboard action in Shoots & Leaves and name it “LoseIt”. Then add an action to Launch Center Pro with this URL:

When you run that action from Launch Center Pro, it will launch Shoots & Leaves and change the current action to your “LoseIt” action. After you take your picture and save the URL to the clipboard, it will launch the LoseIt app.

I think there’s a lot of potential uses for this URL scheme. If you do something fun with it, please let us know.

I hope you’ll give this new version a try. If you like it, please take a moment to rate it in the App Store. It helps us and it helps other people discover the app. If you have feature requests, bug reports, or questions send them to us.

And just so you know, I’m working on the next version already. It will launch with iOS 8 with support for sending links and text to other apps via their app extensions. I’m also working on an extension for Shoots & Leaves, so you’ll be able to upload photos and run actions from any camera/photo app that supports it. If that’s not ready on launch day, it will be soon after. I’ll keep you posted.

Shoots & Leaves 1.1 is now available on the App Store. Changes in this version include:

And if you use Shoots & Leaves and enjoy it, this would be a great time to leave a review. It helps us and it helps other people discover the app.

To give you an idea of what’s coming, I’m currently working on version 1.2. I’m hoping to have it out this summer, and it will include a URL scheme, new hosts, new actions, and more bug fixes. Then, 1.3 will launch with iOS 8 and include as much of the great new features as I can squeeze in.

Today we released Shoots & Leaves 1.0.2 on the App Store. This release fixed a few bugs, including:

Be sure to download the update if your device doesn’t do it automatically. Also, since ratings are reset with each release, please take a moment to rate the app. It’s the best way to help other people discover it.

We’re currently working on version 1.1, which includes a number of new features. Hopefully, we’ll have that out to our beta testers in the next week or so, then on the store as quick as we can after that.

A Great Week for Shoots & Leaves

We launched Shoots & Leaves one week ago, and the response has been wonderful. Here’s a few of the things people are saying:

Better still, we’ve received lots of great feedback from users. Many of you have emailed to tell us you love the app and to request new features. Please keep the suggestions coming. Even if we’ve heard it before (*cough*Evernote*cough*), knowing how many people want a particular feature helps us prioritize it.

And that’s what we’re working on right now: Figuring out what we can get done for the next release. As I work on version 1.1 I’ll try to keep folks updated on its progress.

Shoots & Leaves Is Now Available on the App Store 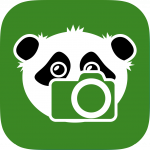 Our newest app Shoots & Leaves is now available on the App Store. Regularly $2.99, it’s on sale for $1.99 through this weekend.

Shoots & Leaves is a camera app that turns photos into links. It uploads directly to the hosting service of your choice, and the link can be used to create a reminder, send an email, and lots of other stuff. It’s great for task-based photos—taking a picture of something to remember what to buy, or capturing a model number so you can look it up later. It’s perfect for those pictures you don’t want to keep forever in your camera roll.

We really hope you’ll give it a try. If you have any questions or feedback, please get in touch.

This is the start of what we expect to be a very good year for us. We have many updates planned for Shoots & Leaves, and more new apps on the way. Keep an eye on this site for new stuff throughout 2014.

Gearing Up For Launch

Shoots & Leaves was submitted to the App Store last week, so we’re in the middle of final preparations for the launch. I have to admit, I have no idea how it’s going to go. Feedback from beta testers has been positive, and I think we have a great product that people will like if they try it. But selling apps is a tough racket. With about a million apps in the store, it’s hard to get any particular one noticed.

Pitch Perfect: The Art of Promoting Your App on the Web has been particularly useful in getting our marketing ready. I’m a developer; I readily admit I’m not a sales guy. But this book’s description of how to prepare a pitch makes me feel a lot better about our chance of having a strong launch.